Hit enter to search or ESC to close

In terms of current special effects, computer generated images (CGI ), also known as digital animation, has taken the production industry by storm. It is at the core of the film industry’s thriller blockbusters.  Special effects required a little inventiveness and magic, but, then, they always have. So, we thought we would take a look at special effects over the years.

‘Tis the season. However, in film, it might have been the middle of summer making such films as the Christmas classic, “It’s A Wonderful Life”. In those days, movie makers would rely on cotton wool to create fluffy clusters of snow and snow banks. White tablets, especially those commonly used for indigestion, were ground into a fine powder. Stage hands tossed the powder in front of a fan and — voila — instant winter storm. 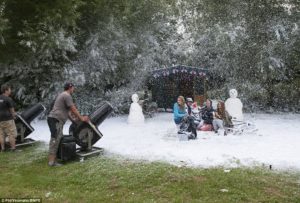 Some effects artists tried painted snowflakes, but, ultimately, they crunched too much under foot. It’s interesting to note that cornflakes worked perfectly in radio dramas. A small box was filled with them and then, using a couple of fingers, they poked the flakes to simulate the crunching sound heard when walking on snow.

In “The Wizard of Oz”, snow was fashioned out of asbestos. In the iconic classic, “It’s A Wonderful Life”, director Frank Capra preferred to use a fire suppressant foam called “foamite” because it was less noisy than the asbestos (and less unhealthy). Water, sugar and soap were mixed in and thousands of gallons were sprayed on the set. They won the special effects Oscar for that effect in 1946.

One of the earliest incarnations of snow effects is ascribed to Charlie Chaplin, who mixed flour and salt to emulate the snowy mountain ranges of the Sierra Nevada for the opening scene of “The Gold Rush.”

If you’re wondering what they do today … simple … ‘snowcel’, which is recycled paper. Apparently, it has a nasty habit of drifting upwards. However, most snow effects in modern filmmaking are created digitally. It did require animators to study the properties of snowflakes, which, in essence, are floating crystals.

To round out the list: styrofoam and salt for “The Shining”; beeswax and ground marble for “Dr. Zhivago”. 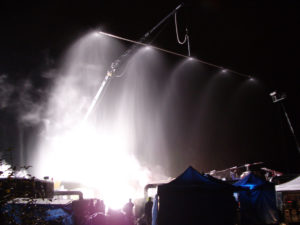 Interestingly enough, it was the creation of rain as a special effect in the 1939 film “The Rains Came” that won the very first special effects Oscar. For the most part, hoses and large wind machines were used. Over time, other techniques were developed such as poking hundreds of holes into hoses.

Adding dust, litter, leaves and oatmeal helped to augment the storm look. The other part of the rain equation is lighting. Generally, the best approach was — and still is — to backlight it. Also, hoses and water lines are run through elevated trusses, eliminating the need for a technician to wield a firehose. 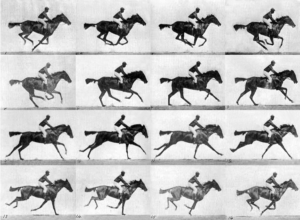 Most historians agree that the very first visual special effect is attributed to Edward Mubridge’s “The Horse in Motion” captured in 1878. Mubridge continued to conduct a series of motion studies from 1884 to 1887 including the “Human Figure in Motion” as well as “Descending Stairs and Turning Around”. 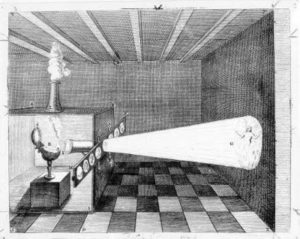 Going back further into history, the first animation in 1770 involved a lantern. Edme-Gilles Guyot used it to project a hovering ghost and it became appropriately known as “phantasmagoria”. It was the rage from 1790 to the 1830s. In the mid 19th century, phantasmagorias developed into abstract magic lantern shows using a chromotope. By the 1890s, somersaulting monkeys were one of the most popular, puppet-type, moving images featured in “Fantocinni slides”. These shows were incredibly popular at fairs and festivals everywhere around the world.

We look at the magic used to create sound effects as well as some of the most ground breaking effects in film. If you want to enjoy a deep dive into the history of special effects, check out Richard Rickett’s “Special Effects: The History and Technique”.

By the way, if you want to create your own special effects, specifically laser oriented ones, take a look at this little piece of technology: the Big Dipper Mini Twinkling Laser. 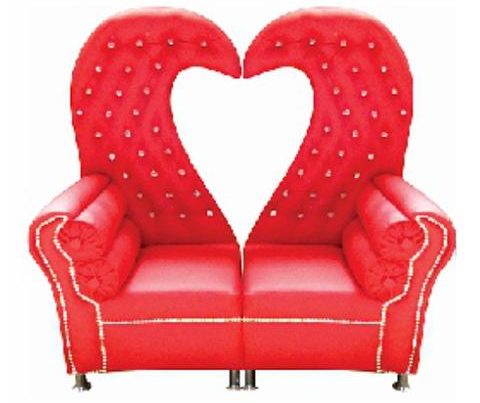 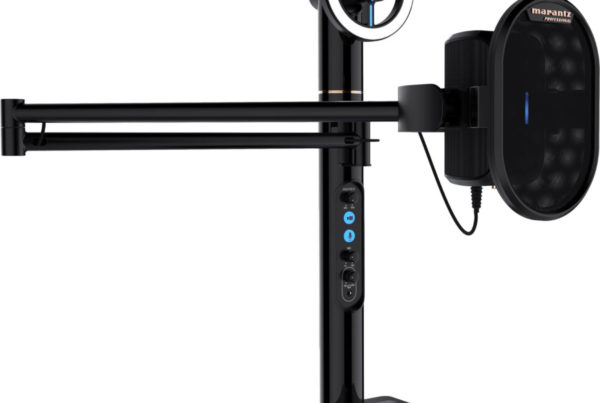 Podcast Gear – A Look at Marantz